What is the ‘Luck of the Irish’? 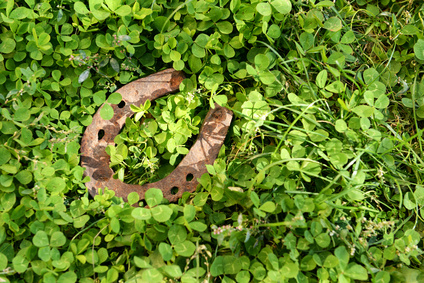 What is the ‘Luck of the Irish’?

So where exactly does this expression regarding the lucky Irish come from in the first place? Is it just a way to say that everybody who is born on that little emerald island on the outskirts of Europe should consider themselves fortunate to be Irish?

Whenever it comes to phrases like these it can be difficult to pin down the precise origin, but there are a few strong contenders.

Most people will be aware of the mythical creatures like fairies and leprechauns which were once believed to exist in the rugged Irish countryside. These fantastical folk were widely regarded as purveyors of luck – both good and bad – and you can still see natural features in fields in Ireland which were thought to have been ‘fairy rings’ and treated with respect and deference so as to avoid being cursed by the little people! While those ancient superstitions have mostly died away, perhaps the luck of the Irish refers to the charms of these legendary creatures.

Another, more prosaic, suggestion often cited is that the ‘luck’ referred to in the saying does not necessarily refer to ‘good’ luck as is widely believed today. Ireland’s history has been a long and troubled one, and perhaps the famous ‘luck of the Irish’ was previously seen as a negative rather than a positive piece of fortune. After all, centuries of violence and famine would hardly have been seen as a fortunate situation!

The Gold and Silver Rush

However, the most widely believed origin story dates back to the late nineteenth century, a time when it was not uncommon for people in the US to up sticks and go prospecting in search of gold or silver. Many of the successful miners were of Irish origin, perhaps because physical labour was not uncommon to the Irish emigrants and having left their homelands they had no ties to one particular part of the States. According to this explanation, the ‘luck of the Irish’ was uttered by Americans with a certain degree of annoyance and frustration, as if these newcomers from Ireland were taking gold and silver from the locals through sheer good fortune.

Whatever explanation you choose to believe, the meaning of the ‘luck of the Irish’ is entirely positive in this day and age. Hopefully a little bit of that good fortune will extend to you next time you try your luck on the Irish Lotto!