If you won the lottery would you quit your job? 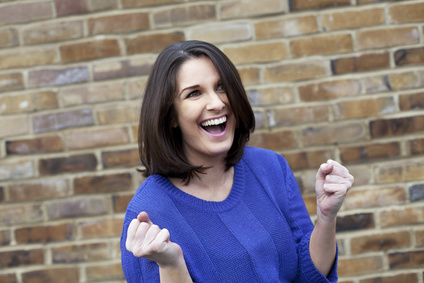 If you won the lottery would you quit your job?

For many of us, telling our boss that we won’t be coming in on Monday, or ever, would play an important part in the enjoyment of winning the lottery.

However, not everybody wants to call it a day just because they have a couple million euro gathering interest in their bank account. Carol Loran, 40, of Mullingar, Country Westmeath split a €10.3 million jackpot in May 2013 with her then-boyfriend, Keven Geoghegan with whom she had shared a €4 ticket but kept on coming to work at a local bookie Boylesport as if nothing had changed. "People say ´I can't believe you're still working´. They think I'm crazy!" said Carol who still has barely made a dent in her bank account since its multi-million euro top-up.

Now called “Lady Luck” by her regular customers, Carol started out as a cleaner but worked her way up to cashier. Now she still runs the till, taking bets and keeping a close eye on the bets despite having won one of the biggest bets of them all – the Irish National Lottery jackpot! Carol has also chosen not to splash out much on herself, at least not yet, treating her 5 sons aged 9 to 25 on a 2-week family holiday to the Canary Islands and a brand new Volvo S-60, the first new car she has ever owned. Carol did admit to one small indulgence however – now she buys her lunch at Spar rather than packing one from home.

When asked by reporters why after nearly a year she still has not splashed out on a big mansion, flashy sports cars, exotic holidays or designer wardrobe Ms. Loran insisted that there was no rush and that the money would always be there. The most important thing to the lucky lotto mom was that no one treats her differently now that she’s a millionaire.

The main reasons people in the survey said they would keep working were that they worried that they would be bored it they stopped working and that working gave them a sense of accomplishment. Surprisingly (or perhaps not) the least common reason for not leaving work was fear of missing co-workers. Of those who said they would quit their jobs about half of those surveyed said they would give their boss the courtesy of 2 weeks notice. Only 3% said they would tell off their boss or make a scene when quitting and only 2% would simply not show up at work without formally resigning.

So what would you do if your Irish Lottery numbers come up next week?