What Are the Odds of Winning the Irish Lotto? 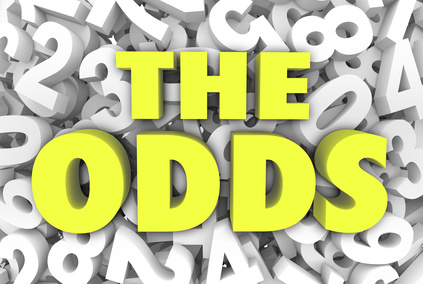 What Are the Odds of Winning the Irish Lotto?

The Irish Lotto remains extremely popular, both in Ireland and in the UK, thanks to a combination good pricing, simplicity and positivity about the brand. Of course, there's also its reputation as "Ireland's lucky lotto" and, despite rule changes over the years, it still has some of the best odds available. But how, exactly, does the Lotto stack up with other lotteries around Europe?

We have done the hard work for you and taken care of all the maths and stats. Let’s take a closer look at the odds of winning the top prize in the Irish Lotto.

Irish Lotto Odds from 1988 to the Present

The Irish Lotto has seen a total of four format changes over the years (plus several price increases). Originally the Irish Lotto had a 6/46 format, meaning that you had to pick 6 numbers from between 1 and 36. Naturally that meant that the odds of winning the top prize were lower than they are today. The most recent change took place in 2015 just ahead of the September 3rd draw of that year and that made the total number of balls 47, which remains the case until today.

So what has been the impact of these changes? Well, as you can see from the odds above it has become more difficult to win the top prize. However, there is more to those figures than meets the eyes. The reduced chance of winning the biggest jackpot has led to that jackpot increasing more and more, so when the wins do arrive they tend to be a lot bigger. Also, the minimum jackpot is now set at €2 million (£1.75M) for the Irish Lotto.

For the purposes of comparison, we are going to look at a selection of different European lotteries available to bet on at Lottoland. As you can see, the Irish Lotto appears in 3rd place, just below the Swedish and Austrian lotteries.

The fact that the Irish Lotto regularly tops €10 million (£8.8M) and also offers the Lotto Plus option may explain why it is so popular, especially when combined with those competitive jackpot odds.

Which Lotto to Choose?

With Lottoland you have the choice to bet on any of these European lotteries, plus a selection of other national lotteries from around the world. And that’s before we mention the super lotteries like EuroMillions and Powerball. However, if you prefer to stick with the Irish Lotto you will get good value and the chance to win minimum jackpots equivalent to €2 million (£1.75M) when you place your bet with Lottoland.