Another Irish Lotto Winner to Celebrate 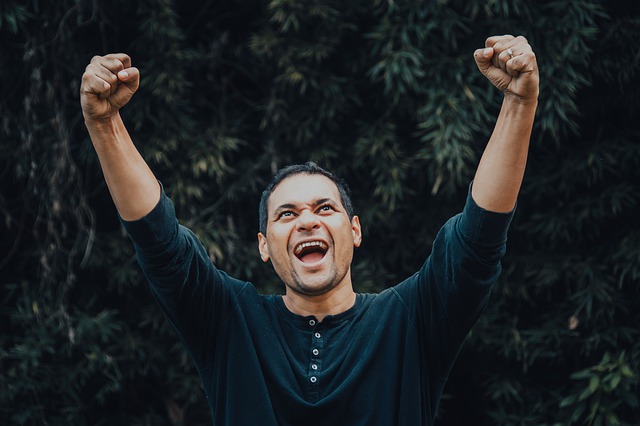 Another Irish Lotto Winner to Celebrate

Have you ever thought - what would I do if I won £5 Million?

Well, that was something one lucky UK punter had the good fortune to have to contemplate when he discovered he had just won over £5 million on the Irish lotto having spent just £3 on a bet through the Lottoland website.

He had placed his bet through the online lottery portal and thought no more of it until he was at a local ‘fete’ when he learned of his life-changing win. He admitted to having had smaller lottery wins in the past, a few pounds here and there, but nothing quite like the magnitude of his latest win.

'Living in a Dream'

Mr Logan, who works in the Motor Industry and lives in the North East of England, was initially shocked when he heard the good news.

He was quoted as having said: “I was at a fair when I found out the news, it didn’t sink in for a while and I am still reeling from the shock – it feels very surreal but I’m hoping to retire with the money and enjoy my newfound wealth.

“I’ve told close family about the win, but I still feel like I’m living in a dream – I’ve won the odd £5 the past but nothing like this.I can’t believe that a £3 quick pick has completely changed my life.”

Yet Another Happy Lottoland Millionaire

Lottoland CEO Nigel Birrell said: “We are absolutely delighted for Mr Logan on his win and that he chose to bet on the Irish lottery, a lucky coincidence I’m sure given that his name has Irish origins.

This was the largest ever win on the Irish Lottery in the UK and how fitting it was that the winning lotto ticket holder has an Irish surname. Seems like the ‘luck of the Irish’ isn't confined to the island of Ireland itself.

Mr Birell (CEO Lottoland) continued: “It’s an incredible thing to become a millionaire overnight, we are just over the moon that he will be able to use his winnings to retire, as well as buying his dream motor. The perfect ending for someone in the automotive trade, to get his pick of the forecourt.”

As if one Irish winner in September wasn't enough along comes a second one - a bit like waiting for a bus - you are waiting for a long time and then two arrive in quick succession. Well, a lucky 24-year-old from Ireland who had recently moved to the UK to live with his sister scooped a £3.5 million win.

The Dublin man has since quit his job at a warehouse and having previously studied Film and Cinema,he now intends to pursue his dream of screenwriting. That's not the end of his ambitions however as he intends to buy a dream home and hopes to tick a number of items off his ‘bucket list’ including a trip to Disneyland.

But it's not all self-indulgence for the lucky Irish lottery winner. He will now be in a position to pay for medical care as he has a brother who requires carers, and as his parents get on a little and he says it will be nice to be able to afford the right care for him as well as giving his parents a break.

Maybe it will be third time lucky for the Irish or will it be yet another lucky Lottoland winner. Why not try your luck today?

To celebrate the big win Lottoland is DOUBLING the Irish Lotto jackpot, so why not try your luck with a bet today from wherever you are in the UK. Draws take place on Wednesday and Saturday evenings, giving you two chances to bet and win big on Ireland's favourite lottery every week.