How to Win the Irish Lotto 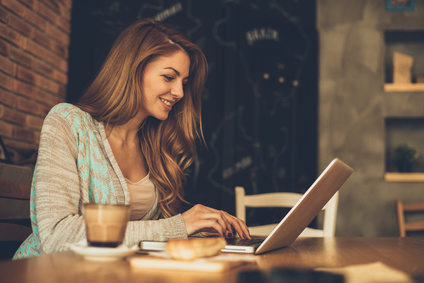 How to Win the Irish Lotto

How do I win the Irish Lotto? Even if there is no miracle solution for how to find those magical lucky numbers, your chances of success can be boosted by following a few simple tips and tricks. We'll look at a few of them to help you to increase your chances of hitting the jackpot.

We are probably all looking for the secret recipe for hitting the multi-million-euro jackpot. Unfortunately, there is no magical key to unlock the correct set of numbers. Nevertheless, with a few simple tips you can increase your chances and gain a lot more if you are fortunate enough to get that big win.

Granted, this tip is not really surprising advice from a website. But it simply makes sense, after all we live in the 21st century. You can make bets any time, from anywhere when you play online. Whether you use your computer, smartphone or tablet, the potential millions are just a click away.

Also, you can easily pay in advance, so you will not miss a draw any more and you do not have to stress about having missed out the one time when your lucky numbers are picked out. In addition, your lottery ticket on the Internet is always safe and can’t be accidentally discarded or lost as has happened to so many unfortunate almost-winners.

One would think that this is a fairly obvious piece of advice. Anyone who plays the lottery wants to know after the draw if he has won or not. Nevertheless, every year, millions of euros in profits remain unclaimed. There can always be something which distracts you or makes you forget to check those digits – it has happened to lots of people in the past.

Just to give an example, in 2012 a EuroMillions jackpot of just under £64 million was never claimed. That is quite an oversight! Luckily it's never going to happen to you with the automatic win notifications via email when you sign up with online lottery provider Lottoland. Whether it’s five euros or five million, you always know what amount will soon be in your account.

Humans are creatures of habit, and this can lead to a lot of us thinking along the same lines. A large number of lottery bettors are influenced by the sometimes-unconscious desire for beauty or symmetry when selecting their lottery numbers.

A cross, a diagonal or a straight line looks great on the lottery ticket. But that is exactly what many other people think as well. Therefore, we recommend choosing the chaotic way instead. If you randomly select your numbers then the ticket may not look so pretty, but in the case of a win you'll appreciate it a lot more when you don’t have to share with so many people.

The ten most commonly selected lottery numbers are 7, 3, 5, 6, 4, 2, 13, 9, 11 and 12. The reason for their popularity is that very often birth dates or engagement and wedding dates are favoured by lottery bettors hoping to get luck on their side. Of course, these numbers are not drawn more frequently than the high numbers between 30 and 47.

The problem with choosing the most popular numbers is that – well – they are the most popular numbers! This means that if you are lucky enough to get a big win it may not be as large as you imagine as you may have to share it with a number of other people. Mixing up your lottery number selection with some of those less popular high numbers means less chance of having to split a jackpot win with other people.

Perhaps the most important advice of all is that old saying: ‘if you’re not in, you can’t win!’ Not entering will result in a 100% certainty that the Irish Lotto millions are not heading in your direction. Instead, follow our tips to improve your chances of winning one of Europe’s most popular lotteries.